Found in a WW1 German dugout

An intriguing folder of First World War material has recently come to light, and we’re still unravelling its story.  In December 1917 Owen Scott, Curator of The Bowes Museum, received a letter from Lord Gainford.  As Jack Pease he had served as one of the trustees for the museum since 1897.  He was working for the Claims Commission with the British Expeditionary Force in France.

In his letter he writes: “I enclose two Post cards picked pout of Dugouts in the Hindenberg line, in our Cambrai advance on Nov 21st.  I have a few more interesting German maps & trophies, which I hope to send you later from London.”  And the folder does indeed include some German postcards and maps, as well as some newspapers and photographs.

One of the volunteers with the project has identified some of the printed material – official army newspapers and a hymn book.  She is also carefully deciphering the hand-written messages on the postcards – it is very difficult as the pencil is faded and the writing is squeezed up to fit as much in as possible.  But it is clear that these postcards were sent by friends and family – and they must have meant so much to the soldiers getting them. 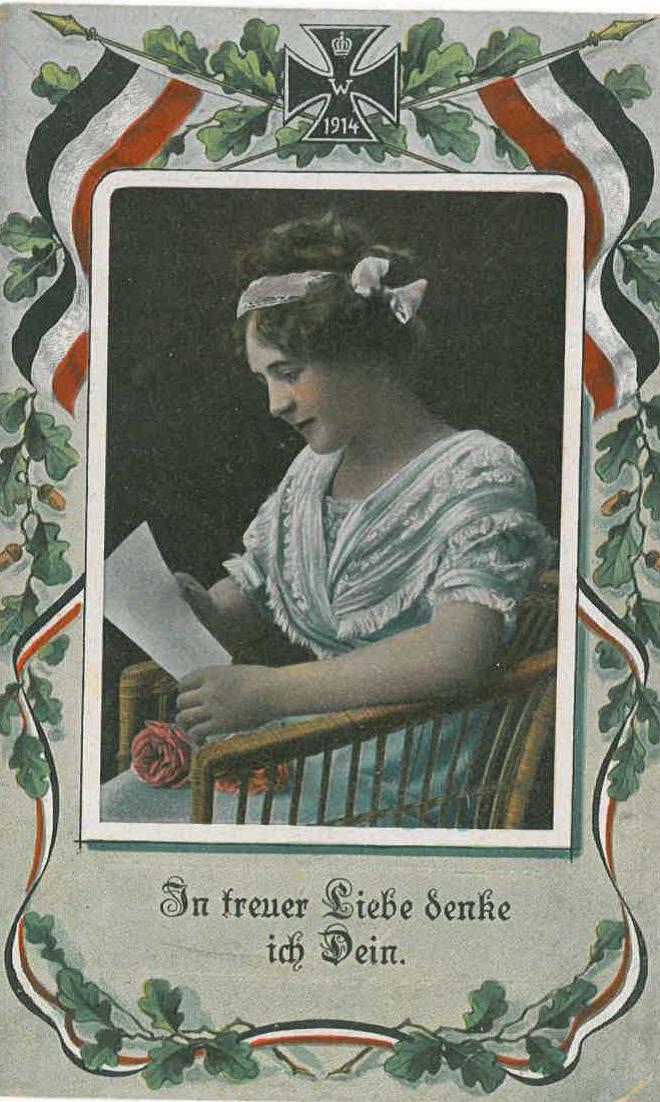