“The lamps are going out all over Europe; we shall not see them lit again in our lifetime” Sir Edward Grey, British Foreign Secretary, August 1914

On 4th August 2014, The Bowes Museum hosted a shared evening of remembrance as part of the nationwide initiative LIGHTS OUT, led by 14-18NOW. The audience congregated at the DLI Memorial, where at 10pm we led participants around the grounds of the museum in a candle-lit procession, pausing at a number of points along the route to reflect on poetry written during the conflict of the First World War, read to us by volunteers from the local community ages 8+.

What was it like that night and why don’t we learn?

Many lessons still to learn – sooner rather than later. Very respectful event at the Museum, well done.

Poignant poetry and a great crowd to appreciate sensitive readings. As we walked back down toward the memorial I felt a rhythm in our walking, saw the stream of lanterns ahead and felt part of a march as if momentarily, a soldier marching to war.

A peaceful moment and then an uplifting one, which urged me to whistle “Keep the campfires burning” to the rhythm of our walking. 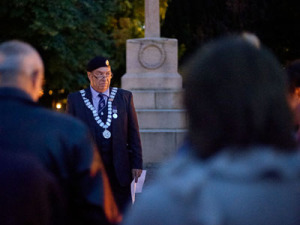 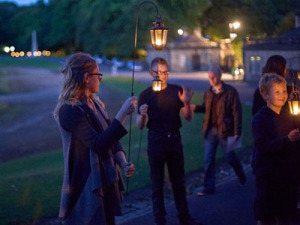